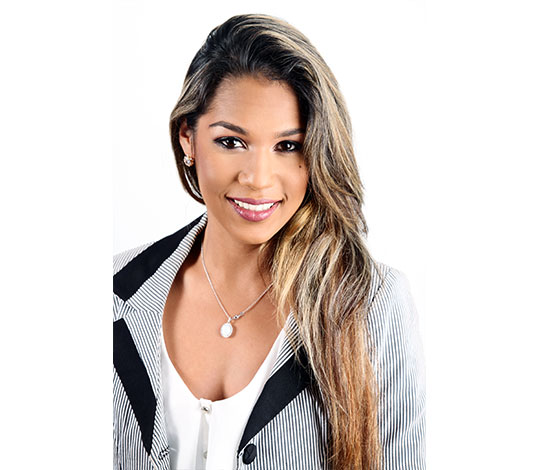 As Executive Producer, Stephanie Pemberton, directs the creative content and direction of the production of the Planting Seeds TV Series. She also manages the entrepreneurial development division of the company and works closely with strategic partners, investors and entrepreneurs.

Stephanie Alexis Pemberton (born 13 October .1987) is a Trinidadian Born businesswoman, entrepreneur and philanthropist with a passion for helping underprivileged children through her involvement in the "Its for the Kids Foundation".

In 2010, she graduated with an Honors in Business Administration from the Richard Ivey School of Business at the University of Western Ontario. During her course of study she was involved in the school community as a debater, student affairs representative, writer for the school newspaper and also volunteered at the Ivy Therapy unit on the university hospital.

Upon graduation she gained two (2) years of work experience as an investment analyst and a further year of experience as a credit analyst, before she left her corporate occupation to pursue her entrepreneurial ventures.

In late 2013 she co-founded the Caribbean's first successful automotive TV Series, "Bad Granny", which is now on its fourth Season, with partner Jason Reece. As Managing Director, she grew the business, which has now expanded into a group of companies that include, production and film, engineering of marketing trucks, automotive product distribution and sales and automotive events. She also produced and started new TV Series called Wet, which explores the ocean through sport fishing, free diving, surfing, eco-tourism, etc. and is launching a new TV series called Decoded, which focuses on architecture, design, construction and real estate throughout the Caribbean.

Shortly after implementing these Companies, she acquired the distribution in the Caribbean and South America for the Alpine falls, Emergency Response Vehicles, which provide water purification and desalination, providing high PH balanced water, improving the efficiency of bottling plants and countries in the region, who are looking for sustainable and economical means of purifying water.

Planting Seeds Caribbean is one of her newest projects, and through the program she hopes to re-vitalize and inspire entrepreneurs in Trinidad and Tobago and throughout the Caribbean region.

"Winning is great, sure, but if you are really going to do something in life, the secret is learning how to lose. Nobody goes undefeated all the time. If you can pick up after a crushing defeat, and go on to win again, you are going to be a champion someday."

The concept behind Planting Seeds is not one that I can claim any credit for as a producer. Entrepreneurial programs and TV Series to educate the general public on the interactions between entrepreneurs and investor spans across the globe.

Furthermore, the interaction between entrepreneurs and investors can be traced back centuries ago, where, during the renaissance era, merchants and tradesmen emerged to create e-commerce. They became skilled at their craft, and actively found financiers to fund their projects and mass-produce their products, which lead to trade and expansion across country borders.

Entrepreneurship continued to evolve throughout the colonial expansion, the industrial revolution and into the 20th century where the increased use of mass media advertising changed the way entrepreneurs marketed products. It then evolved even faster, into the information age, where consumers now had the ability to research anything, which made the competitive arena, for any business much harsher and thus the need for more innovation more important.

Today we stand, as the New Age entrepreneurs, where we have less time to capitalize on an idea. The world is moving faster, it is demanding more of us, at a quicker pace, and for a cheaper price. For me, it is an exciting time to be an entrepreneur, and assisting others, who have the drive and passion that I do, gives me a sense of belonging, that I cannot quite explain.