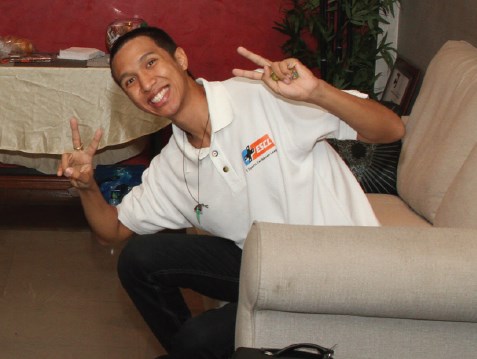 Kevin Lee-A-Ping walked on to the set of Planting Seeds, bursting with excitement. Like the other fifty-two entrepreneurs debued on the first Season of Planting Seeds, this was his first time pitching not just to a panel of investors, but also to the entire Caribbean region.
Kevin, is a video game fanatic - who turned his passion into a business by creating a Company called E- Sports Caribbean League, in order to host a series of tournaments to satisfy the demand of local gamers. He commenced operations with his first event in April 2014, at the Woodbrook Youth Facility and now has a Flagship Event called Games Con, which attracts 250 gamers, and 650 spectators. The event is filled with action and excitement as an entire community of gamers and onlookers gather, to witness the coronation of the Games Con champion. Some are even dressed up as their favorite gaming characters.
The gamers, take this extremely seriously as they compete in front of a live audience, for, bragging rights and cash prizes.
Globally, the e-sport industry has grown exponentially. In 2015,
27 million people watched the League of Legends world championships on the live-streaming site Twitch and ESPN3. They got more viewers than the 23.5 million who watched Game 7 of the World Series and the 18 million who tuned into the NBA Finals.
With a plethora of knowledge about gaming, and a solid hands-on experience in hosting an array of successful events, Kevin Lee-A-Ping stepped on to the set of Planting Seeds to offer a 20% equity of his Company in exchange for $300,000.00 He explained to investors that he saw this Company growing to be the premiere tournament hosting company in the Caribbean, as he believed that he was filling a gap in the market.
The investors were hesitant, and one by one they turned him down, until one investor, Joseph Rahael, stepped up to the plate and made an offer for a 45% equity stake in exchange for $300,000.00 Lee-A-Ping, stepped back and needed a minute to think about the offer. The money was right here on the table, he need only reach out and take it, but at what cost? He would have to give up almost half of his Company. A Company that was already established, with a good reputation for hosting the best Caribbean Tournaments. He tried to bargain, but Rahael held firm on the 45% as he felt the business to be high-risk and besides for having a son, that loves to play video games, he really had no interest in the industry.

There comes a time in any entrepreneurs life where they have to decide what they are worth. Many people don’t see the worth in themselves, and they undervalue who they are and what they are capable of.  They take offers from people who are not really interested in them, just because they don’t believe that they could do it on their own or find a better partner, but, at least for that night, Kevin Lee-a-Ping, was not one of those people. He stood his ground, and did not accept the money and became the first Planting Seeds Entrepreneur to walk out on a deal.
Since the show Kevin has held an event at the 2016 Olympmics in Brazil and has paired up with one of the Planting Seeds partners, Very Exciting Things Limited, to hold another very successful Games Con event. Very Exciting Things Limited provided
Want to know more about Kevin Lee-a-Ping, follow his road to success on www.plantingseedscaribbean.com or visit him at www.esportscaribbean.com