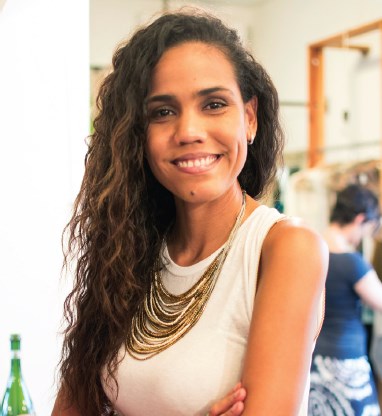 Although Alkins did not secure an investor during her appearance on Planting Seeds, she showcased the high
standards of talent and creativity on offer from our local entrepreneurs. As such, Planting Seeds Caribbean would like to highlight this impressive businesswoman and her dynamic brand. Merging art and environmental awareness, the Everything Slight Pepper (ESP) range of products includes books, activity sets, and merchandise. Bold, colorful graphics, confident Caribbean, and engaging universal storytelling make this brand both eye catching and distinctive.

ESP was launched in 2012 with the release of its highly successful product, a children’s book called Ready. SET… HATCH! that follows Hatch, a leatherback turtle hatchling, and his siblings as they make their way to the sea. Appropriate for babies and toddlers up to age five, Hatch’s story is told in a vividly illustrated picture book  and reinforced in a fun-filled activity book and matching branded apparel. Each purchase supports a community-based hatchling catch-and-release project in Grande Riviere on the north coast of Trinidad.

ESP’s début product was initially sold through small-goods and artisanal markets, but the book and its accompanying products were quickly picked up by local retailers. All of the products are currently available in 12 stores across Trinidad and Tobago, regionally in the Sandals hotel chain, and online via Amazon.com.

Other ESP products presently in development include picture books for children aged zero-to-three years and three-to five years: Alex the Awesome and the Crazy Quest for the Golden Pod; Don’t Judge a Fruit by Its Cover; and The Most Magnificent, a book and playset series about historic Caribbean architecture. Alkins plans to expand her business even further in 2017, first with the development and production of a 13-episode cartoon series called Bim and Bam. It is estimated that this type of children’s content will appeal to an international audience of over 500 million, including roughly 11 million viewers from the Caribbean diaspora in the US and UK, and over five million viewers in the English speaking Caribbean. Second, Alkins intends to increase the distribution for her existing retail products locally, regionally and internationally.

After assessing the quality of the ESP brand, the Planting Seeds Caribbean team believes that Alkins, once given financial and mentor-ship support, is well placed to meet these goals and produce a cartoon series that will garner international recognition.