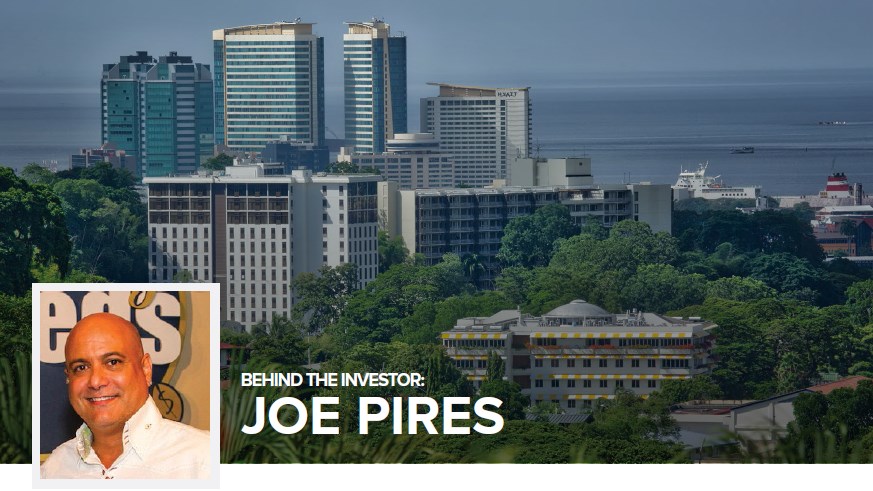 In 1984, after graduating from the University of Guelph, Canada, with a major in Agriculture Mechanisation and a minor in Horticulture, Joe returned to Trinidad to join CAA. Following the death of his father in 1993, Joe became the Managing Director of CAA at age 30. Since then, the company has expanded its operations beyond Guyana and Trinidad; it now has offices in Suriname and Jamaica, exporting to countries across the Caribbean, including Haiti, Aruba, and the Bahamas.

As a a serial entrepreneur, Joe has started and acquired more than 35 companies over the last 25 years, including well-known brands like 51 Degrees, Bowen Boats, Island Beer Chill and Grill, Samurai Restaurant, and Bottlestop, to name a few.

Joe has also served on the boards of many organisations, such as First Citizens Bank, Vemcott, Junior Achievement, and The Trinidad and Tobago Chamber of Commerce where he was vice president. He continues to develop local and regional agriculture by sitting on various associated boards and investing in agriculture-related businesses.

He bases his business approach on the precept that we learn from our mistakes and that in the end, everything ultimately works out for the best.

Deal: TT$1.1 Million in exchange for a 40% equity stake of the Company.

Offer 2: Soular, a dried fruit farming company by Michael Parris. While the two were not able to agree on a valuation on the show – Pires and Parris have continued on to grow and develop the process of drying fruits and packaging in order to create an international brand.

To what do you most attribute your success?
Hard work, gut feelings and good people